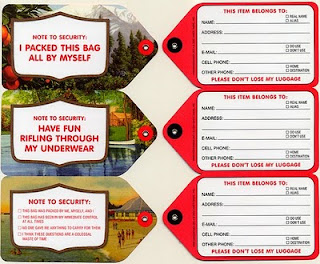 I actually find the whole subject of tagging really interesting (don't know what that says about me!). There seem to be two main schools of thought, one encouraging the use of tagging to index items and the other claiming that it will cause chaos.

On the one hand, allowing users to index items in a catalogue could open up new interpretations of the subject that a single cataloguer may not have thought of. Actual users of the item are also more likely to have a better idea of what the item is about that a cataloguer is somewhat disassociated from the material. It is cheaper than using trained cataloguers and is probably the only way to cover the vast and ever growing amount of information on the Internet. There has also been argument that controlled vocabulary index languages are hard to understand and follow, especially for users who are not used to them. To some extent, tagging solves this problem since it allows people to use the vocabulary that is familiar to them and it can better keep up with changing trends in terms.

This is also the major downfall of tagging. With no imposed control on the tagging system it runs the risk of having no order to it. There is no control over which terms are used for subjects meaning that users must search for multiple terms which could be exhausting! There are those who claim that some sort of order is created by a consensus between taggers but further research is needed. To impose control would be to destroy some of the main advantages of tagging. It has been suggested that tags could be monitored and the most popular used to create a new controlled vocabulary. I think that this is a very exciting idea with potential.

I would like to see a system which has the best of both worlds and I think that this will happen in the near future. I don't think that we cataloguers should worry about our jobs just yet, since to be effective in information retrieval some sort of mediation will be needed.
(Image credit: justinph)
Posted by Claire Sewell at 20:14