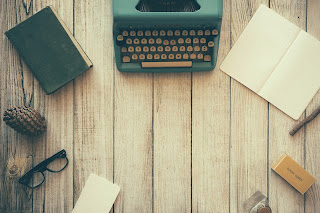 The Office of Scholarly Communication (OSC) has recently joined the Centre for Evidence Based Library and Information Practice (C-EBLIP) Research Network and as part of that commitment will be producing regular blog posts to Brain-Work, the Network blog. The first of these posts is a literature review that I conducted with Dr Danny Kingsley as part of a larger piece of research into scholarly communication education. The blog has previously appeared on both Brain-Work and Unlocking Research - the blog of the OSC. The post is reposted here via a CC-BY licence.

There is no doubt that libraries are experiencing another dramatic change as a result of developments in digital technologies. Twenty years ago in their paper addressing the education of library and information science professionals, Van House and Sutton note that “libraries are only one part of the information industry and for many segments of the society they are not the most important part”.

There is an argument that “as user habits take a digital turn, the library as place and public services in the form of reference, collection development and organisation of library resources for use, all have diminishing value to researchers”. Librarians need to adapt and move beyond these roles to one where they play a greater part in the research process.

Which skill sets are needed?

Much of the literature is in agreement about the specific skill set librarians need to work in scholarly communication. “Reskilling for Research”identified nine areas of skill which would have increasing importance including knowledge about data management and curation. Familiarity with data is an area mentioned repeatedly and acknowledged as something librarians will be familiar with. Mary Anne Kennan describes the concept as “the librarian with more” – traditional library skills with added knowledge of working with and manipulating data.

Many studies reported that generic skills were just as much, if not more so, in demand than discipline specific skills. A thorough knowledge of advocacy and outreach techniques is needed to spread the scholarly communication message to both library staff and researchers. Raju highlighted presentation skills for similar reasons in his 2014 paper.

The report “University Publishing in a Digital Age” further identified a need for library staff to better understand the publishing process and this is something that we have argued at the OSC in the past.

There is also a need to be cautious when demanding new skills. Bresnahan and Johnson (article pay-walled) caution against trying to become the mythical “unicorn librarian” – an individual who possesses every skill an employer could ever wish for. This is not realistic and is ultimately doomed to fail.

In their 2013 paper Jaguszewski and Williams instead advocate a team approach with members drawn from different backgrounds and able to bring a range of different skills to their roles. This was also the argument put forward by Dr Sarah Pittaway at the recent UKSG Forum where her paper addressed the issue of current library qualifications and their narrow focus.

Existing library roles are being adapted to include explicit mention of areas such as Open Access whilst other roles are being created from scratch. This work provides a good fit for library staff but it can be challenging to develop the skills needed. As far back as 2008 it was noted that the curricula of most library schools only covered the basics of digital library management and little seems to have changed since with Van House and Sutton identifying barriers to “the ability of LIS educational programs to respond” to changing needs such as the need to produce well-rounded professionals.

Most people working in this area learn their skills on the job, often from more experienced colleagues. Kennan’s study notes that formal education could help to fill the knowledge gap whilst others look to more hands-on training as this helps to embed knowledge.

The question then becomes should the profession as a whole be doing more to prepare their new recruits for the career path of the 21st century academic librarian? This is something we have been asking ourselves in Office of Scholarly Communication (OSC) at Cambridge. Since the OSC was established at the start of 2015 it has made a concerted effort to educate staff at the one hundred plus libraries in Cambridge through both formal training programmes and targeted advocacy. However we are aware that there is still more to be done. We have begun by distributing a survey to investigate the educational background of those who work in scholarly communications. The survey was popular with over five hundred responses and many offers of follow up interviews which means that we have found an area of interest amongst the profession. We will be analysing the results of the survey in the New Year with a view to sharing them more widely and further participating in the scholarly communication process ourselves.

Wherever the skills gaps are there is no doubt that the training needs of academic librarians are changing. The OSC survey will provide insight into whether these needs are currently being met and give evidence for future developments but there is still work to be done. Hopefully this project will be the start of changes to the way academic library staff are trained which will benefit the future of the profession as a whole.﻿

Originally posted on Unlocking Research on November 29th 2016.
Posted by Claire Sewell at 08:00