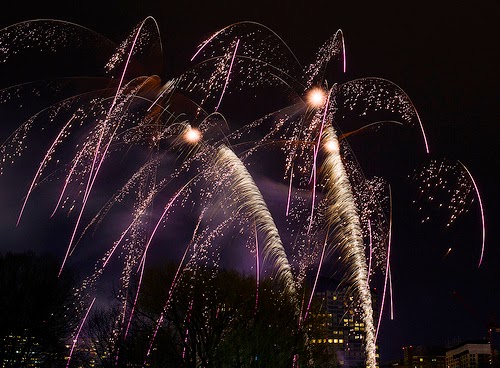 It's that time of year again when I write a short reflection on the last twelve months. 2014 has certainly been a busy one!

Events
I've been involved in organizing a number of projects this year, the biggest of which was the CILIP Cataloguing and Indexing Group Conference. It was a very hectic summer finalizing plans for the September conference but I learnt a lot from the experience and it has definitely honed my organisation skills. I was also involved in organizing the 2014 Libraries@Cambridge conference where I was responsible for setting up a workshop session on professional development which got some really positive feedback. Cambridge librarians are a busy bunch and this year I've helped with two major projects - Cambridge Ten Days of Twitter (an online Twitter course for librarians) and Library Help (the Cambridge version of Library DIY). Being involved in these was a great experience and illustrates the good things that can happen when librarians get together as both projects were born out of online discussions. Another online discussion I've had a lot of involvement in this year has been the regular Chartership chats on Twitter.  I found these really helpful when I was chartering so I'm glad that I found a way to pay them back a little. The event I'm most proud of this year has to be CaKE - the Cambridge Knowledge Exchange. My colleague and I created this event in response to a need among library staff to learn about conferences and events attended by their peers. I'm really happy to report that the event was a success and we're planning the second event as we speak!

Presentations
I'm not sure I'll ever conquer my fear of public speaking but I can at least do it without running from the room now! I gave a presentation on Pinterest at CILIP CIG which was terrifying (especially as a vital slide was missing!!) but gave me the confidence to take on new presentation challenges such as speaking at a Chartership and Certification event. As well as formal presentations I've worked on my public speaking skills in other ways. I now regularly lead tours on my workplace such as orientations and open day tours. Although this involves a predetermined route I do have to think on my feet which is a challenge. No one has run away from a tour yet so I must be doing something right. In October I volunteered to help out at our Freshers' Fair which was certainly an interesting experience. I think we did a good job of promoting libraries - even though we were next to the Cambridge Union Society who were advertising Robert Downey Jnr...

Articles
2014 has also provided plenty of chances for me to practice my writing skills. As well as this blog I've written articles on the Chartership process and social media for Catalogue and Index and several book reviews. I was also asked to write an article on mobile technology for SLA Information Outlook which was very flattering and allowed me to write for an international audience. This article came about after something I tweeted during a Twitter chat which goes to show the power of Twitter!

Everything else!
One of my major achievements this year was receiving CILIP Chartership in May. I worked hard on my portfolio and was delighted when it passed. Now I have revalidation to look forward to. The other big news from this year is that I got a new job. I've moved from cataloguing to front of house as Deputy Team Leader, Reader Services Desk. I now spend my day dealing with user enquiries, admissions procedures and being the public face of one of the worlds biggest research libraries! Although this promotion is only temporary I plan to take advantage of every minute and hope that it leads to bigger things in 2015 and beyond...

Photo credit: lorislferrari via PhotoPin
Posted by Claire Sewell at 10:00