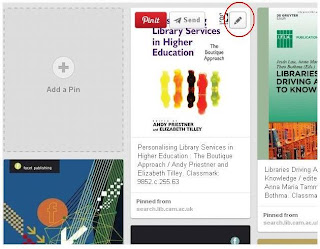 I'm slightly stunned to report that the site has gained nearly 400 followers in a matter of hours! I think that this really shows the popularity of Pinterest. I have no idea if this popularity will last or whether it's just the fact that Pinterest is 'the' site to use at the moment. I guess time will tell.﻿..
Posted by Claire Sewell at 16:15

Email ThisBlogThis!Share to TwitterShare to FacebookShare to Pinterest
Labels: socialmedia