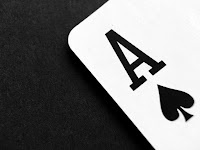 I freely admit to not being the biggest fan of teaching copyright. I like to be able to have a concrete explanation for things and that doesn't always happen when discussing copyright! However needing to know about copyright is unavoidable when working in an academic library and providing training to librarians. It's a topic I often get asked about so I've tried to educate myself about it since I took on my role last year.
One problem with teaching copyright is that it can often be hard to keep people interested as there is a lot of information to take in. The good news is that Naomi Korn, Chris Morrison and Dr Jane Secker have developed a great interactive way to teach copyright: The Copyright Card Game. They have generously made all of the resources for teaching the game available via a Creative Commons licence so last week I ran it for some colleagues through Cambridge Librarians in Training.
I've played the game before with someone else running it but never invigilated before. The good news is that everything needed is already prepared - instructions, cards and presentation. I always find it hard teaching from someone else's slides. This is by no means a criticism as the slides are very well laid out and explained but it's always easier when you've developed something yourself. I ran through them a couple of times myself before the actual session and this seemed to solve most problems. 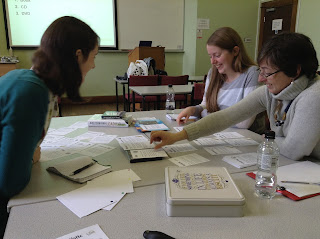 ﻿
The session itself went well. There were only three attendees which was a bit of a disappointment at first but in the end I think this ended up working to our advantage. Participants were able to have a proper discussion about the various problems covered and they all said how much more interesting the workshop was as a result.

The workshop itself built up from simple to more complex scenarios which eventually allowed participants to conduct a copyright audit of various situations. This is the real advantage of the game approach over normal teaching - it allows the participants to get some hand-on experience of applying copyright licences and exceptions to real situations. Hopefully this will help their new knowledge to stick. Whilst it was easier for me as I had the answers, running the game also helped me to learn more about copyright and it brought up some interesting discussions which made me think.
If you're new to copyright or want to learn more I think running or participating in the game is a great way to expand your knowledge. Whilst it's still not my favourite topic I'm less worried about teaching copyright now which is saying something!
Posted by Claire Sewell at 08:00 No comments:

The Future of Academic Librarianship? 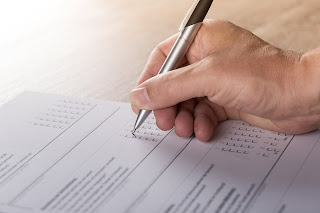 It's been a busy few months at work as I've spent the summer organizing and delivering a programme of training for library staff. As I'm based in the Office of Scholarly Communication naturally this training revolves around developing skills to help support the research community. Cambridge library staff are in the fortunate situation of having this training available to them but it has got me thinking about how people in other institutions develop their knowledge of this area. Together with my manager Danny Kingsley we have decided to conduct some research into the suitability of traditional training routes for academic librarians. Our survey has just closed and my blog post from the Office of Scholarly Communication blog - Unlocking Research - is reposted below and I'll be sharing outcomes and developments as we move forward with the research. As always, comments and feedback are welcomed!

Are academic librarians getting the training they need?

Few people would deny that the world of the academic library is changing. Users are becoming more and more sophisticated in their information gathering techniques and the role of the academic librarian needs to adapt accordingly or risk being left behind. Librarians are changing from the traditional gatekeeper role to one which helps their research community to disseminate the outputs of their work.

This is an issue that we have been considering in the Office of Scholarly Communication for a while. My role as Research Skills Coordinator involves up-skilling Cambridge library staff in these areas so I’m more aware than most that it is a full time job. But what happens to those who don’t have this type of opportunity through their work? How do they find out about these areas which will be so relevant to their future careers?

For many new professionals studying is their main chance to get a solid grounding in the information world but with the profession undergoing such rapid change is the education received via these degrees suitable for working in 21st century academic libraries? This is a question that has been raised many times in the profession in recent years so it’s time to dig a bit deeper.

Our hypothesis is simple: there is a systematic lack of education on scholarly communication issues available to those entering the library profession. This is creating a time bomb skills gap in the academic library profession and unless action is taken we may well end up with a workforce not suited to work in the 21st century research library.

In order to test this hypothesis we have designed a survey aimed at those currently working in scholarly communication and associated areas. We hope that asking questions about the educational background of these workers we can work to determine the suitability of the library and information science qualification for these types of role into the future and how problems might be best addressed.

After a process of testing and reworking, our survey was launched to the scholarly communication community on October 11th 2016. In less than 24 hours there were over 300 responses, clearly indicating that the subject had touched a nerve for people working in the sector. (And thank you to those who have taken the time to respond).

We were pleased to see that even without prompting from the survey, respondents were picking up on many of the issues we wanted to address. For example, the original focus of the survey was the library and information science qualification and its impact on those working in scholarly communication.

When we piloted the survey with members of our own team we realised how diverse their backgrounds were and so widened the survey to target those who didn’t hold an LIS qualification but worked in this area. This has already given us valuable information about the impact that different educational backgrounds have on scholarly communication departments and has gained positive feedback from survey respondents.

Many of the respondents talk of developing the skills they use daily ‘on the job’. Whilst library and information professionals are heavily involved in lifelong learning and it’s natural for skills to develop as new areas emerge, the formal education new professionals receive also needs to keep pace. If even recent graduates have to develop the majority of skills needed for these roles whilst they work this paints a worrying picture of the education they are undertaking.

The survey responses have also raised the issue of which skills employers are really looking for in library course graduates and how these are provided. Respondents highlighted a range of skills that they needed in their roles – far more than were included in the original survey questions. This opens up discussions about the vastly differing nature of jobs within scholarly communication and how best to develop the skill set needed.

A final issue highlighted in the responses received so far is that a significant number of people working in scholarly communication roles come from outside the library sector. Of course this has benefits as they bring with them very valuable skills but importing knowledge in this way may also be contributing to a widening skills gap for information professionals that needs to be addressed.

The first task at the end of the collection period (you have until 5pm BST Monday 31 October) will be to analyse the results and share them with the wider scholarly communication community. There are plans for a blog post, journal article and conference presentations. We will also be sharing the anonymised data via the Cambridge repository.

Following that our next steps depend largely on the responses we receive from the survey. We have begun the process of reaching out to other groups who may be interested in similar issues around professional education to see if we can work together to address some of the problems. None of this will happen overnight but we hope that by taking these initial steps we can work to create academic libraries geared towards serving the researchers of the 21st century.

One thing that the survey has done already is raise a lot of interesting questions which could form the basis of further research. It shows that there is scope to keep exploring this topic and help to make sure that library and information science graduates are well equipped to work in the 21st century academic library.

Originally posted on Unlocking Research on October 27th 2016.
Posted by Claire Sewell at 08:00 No comments: